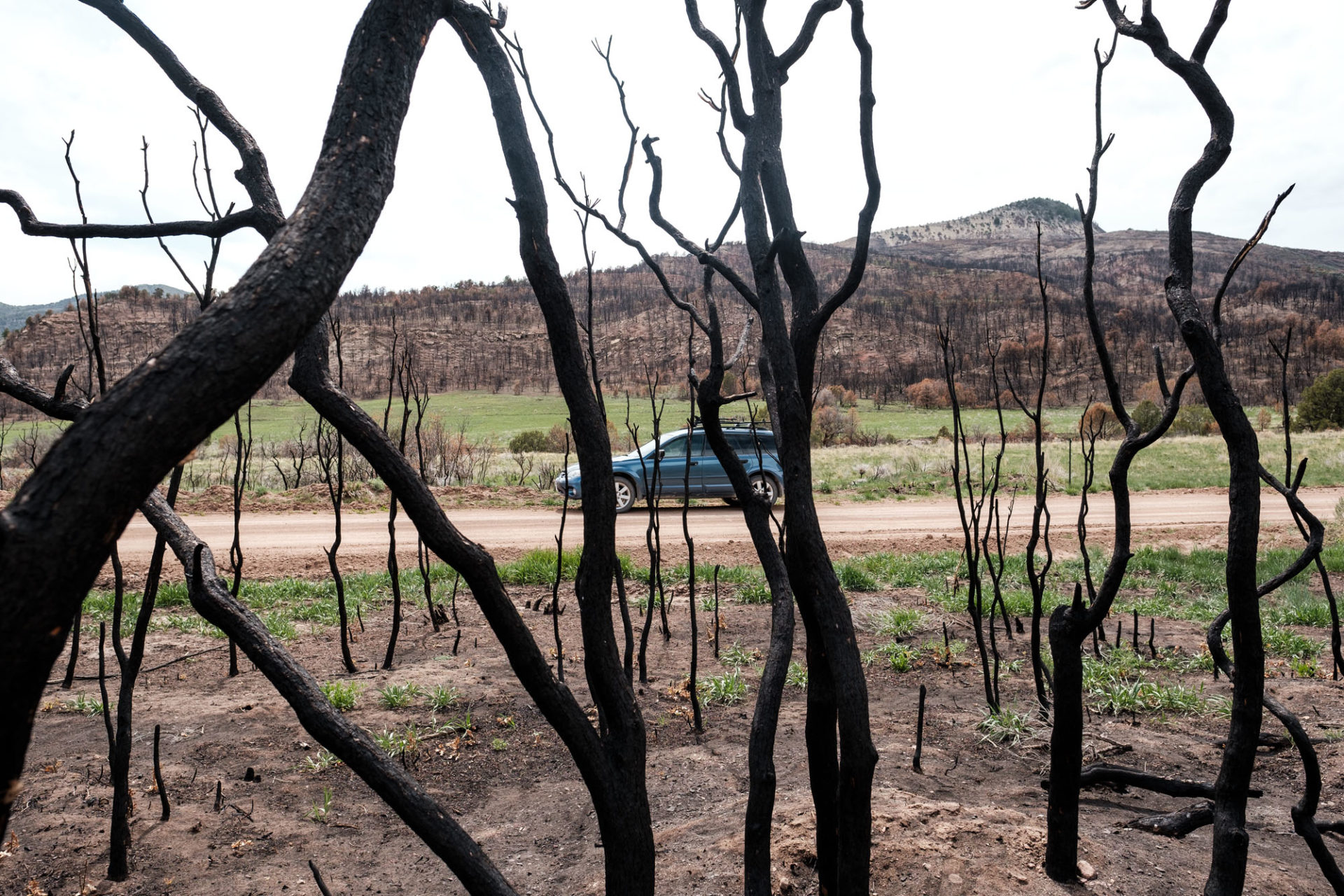 While we were out on a scenic drive today, we got a firsthand look at the Pine Gulch burn scar. Last summer the Pine Gulch Fire, caused by lightning, grew to be the largest fire in Colorado history. That was until the Cameron Peak Fire surpassed it 6 weeks later. While 6 structures were lost in the fire, today we saw just how many were saved. It was eerie to see all the homesteads that were untouched but the fire line was a stone’s throw away from their door.

It was a stark reminder that wildfire season is right around the corner.