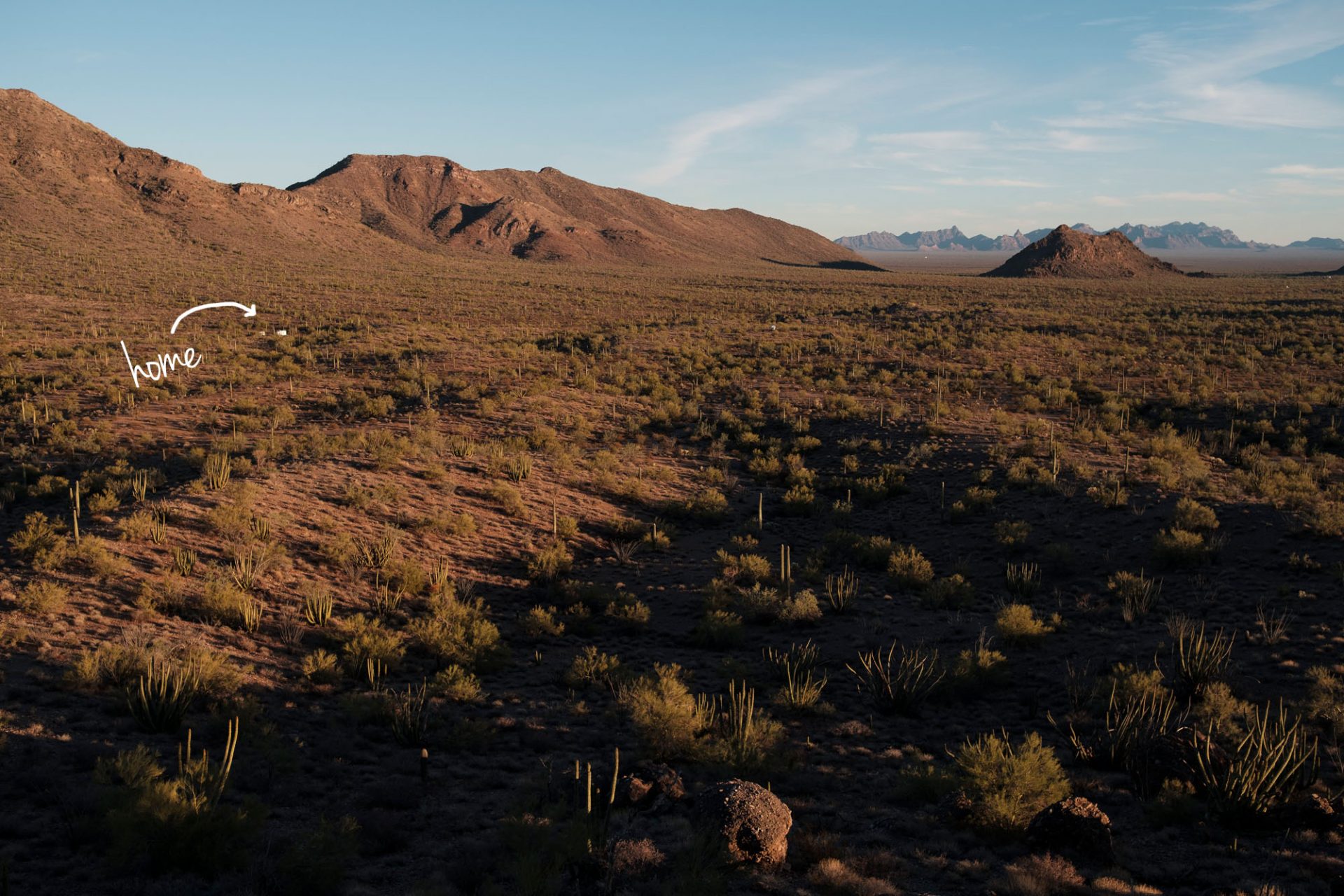 I actually kept a list. By the time the third weird/random thing happened I decided it was time to keep tabs.

It started with the night we genuinely thought the world might be ending. I’d stepped outside for a moment when a wildly bright light in the sky quickly caught my eye. Bright enough it was casting shadows. Yet it seemed to be quite a ways away. We spotted a smoke trail behind it and then another light appeared. And another. We could tell they were moving but very slowly. Was this it? Were we about to get struck by a meteor or a bomb? We were transfixed by these lights…and thoroughly confused. We’d never seen anything even remotely like it before. After about a half an hour outside watching these lights appear, then disappear, then reappear, we went inside and, of course, started Googling. We learned that they were military flares (with parachutes attached) being dropped from planes. They’re used to illuminate battlefields. We weren’t far from an Air Force base so this made sense. That doesn’t change the fact though, that for a few minutes in time, we thought that might be it. Poof. Done. You just never know, you know?

A few days later we were out and about and decided to go check out Ajo’s local airport. Random fact: if we’re anywhere near any type of small airport, we go scope it out. Unsurprisingly, it appeared as though little goes on at the Ajo airport. Not much goes on in Ajo at all, so this was what we expected. What caught us off guard, however, were the abandoned travel trailers we stumbled upon on our way out. A line of about 10 new travel trailers, with large rental company decals, were lined up neatly and all plugged in to a running generator. We figured this must be some sort of temporary employee housing but as we drove by it was clear that no one occupied them. Each awning had been ripped and flipped by the wind, no one had been here for some time. But the generator was running. It was odd. And remains a mystery.

During our time in Ajo, I would go for a walk every morning for about an hour. I enjoy winter in the desert for there isn’t much to fear in terms of wildlife, snakes, creepy crawlers, etc. Until randomly one day a lady stopped and chatted with Mark as she was walking by. According to her, her friend had encountered a mountain lion a few days prior. To me, this was not mountain lion territory. I could be wrong, but I decided to hold on to that belief as I continued with my morning walks.

Still, however, some random things did occur on my walks. This area has a sign warning campers of illegal immigration and smuggling. Border patrol is active and never once did I feel unsafe. It was interesting though to come across a black water bottle in the bushes. A few days prior, on a hike with Brandon & Claire, we read a sign warning of the illegal activity in the area and to “avoid anyone carrying a black water bottle”. I had no idea what that meant, but the day I came across one of these so-called black water bottles, I had to Google it. Apparently, illegal immigrants spray paint these gallon-size jugs black so that light doesn’t reflect off of them at night. Seeing one of these bottles myself was proof of the activity we’d been warned of.

My walks also included randomly running in to an acquaintance from Colorado. A strange feeling when you’re essentially out in the middle of the desert, far from most of the population. We recognized another friend of ours as their truck and Airstream passed our camp. I confirmed it was them via text and we later got the chance to hang out and chat after having not seen them since our last unplanned encounter in Utah 3 years ago.

The last strange experience we had was the day that our carbon monoxide monitor went nuts. We have a highly sensitive detector that can read as low as 1 part per million. We always reference it when cooking in the trailer, it rarely goes above 8. When we’re not cooking it always sits at 0. Mark noticed it reading around 20ppm one day when we weren’t cooking and the entire trailer was opened up with a breeze going thru. That seemed odd. We decided to take the monitor with us on our trip in to town and that’s when things got really weird. On the outskirts of town, the alarm started sounding and the reading rapidly climbed to over 300ppm. Mark bought this monitor a few years back for aviation purposes. We’d never seen anything like this since having it. This really piqued our curiosity and yet we have no idea what caused this to happen.

Oh, and there was also that one random deer that ran past camp. Never in my life have I seen a deer in the desert, so yeah, that was weird too.

All that to say, we spent 25 days in Ajo. That’s the longest we’ve stayed anywhere, even our own property. Ajo is a gorgeous and easy place to camp in the winter. The weather is perfect. The scenery is stunning. The desert isn’t trashed. Town is just big enough to offer all the necessities. We could have easily stayed longer but when your home has wheels, it’s hard to sit still for too long. We’ll be back though. Strange encounters and all.

A few photos from our time in the beautiful Sonoran Desert…

That’s all for our time in Ajo! We have very slowly begun our way back North towards Colorado. “Slow” being key.