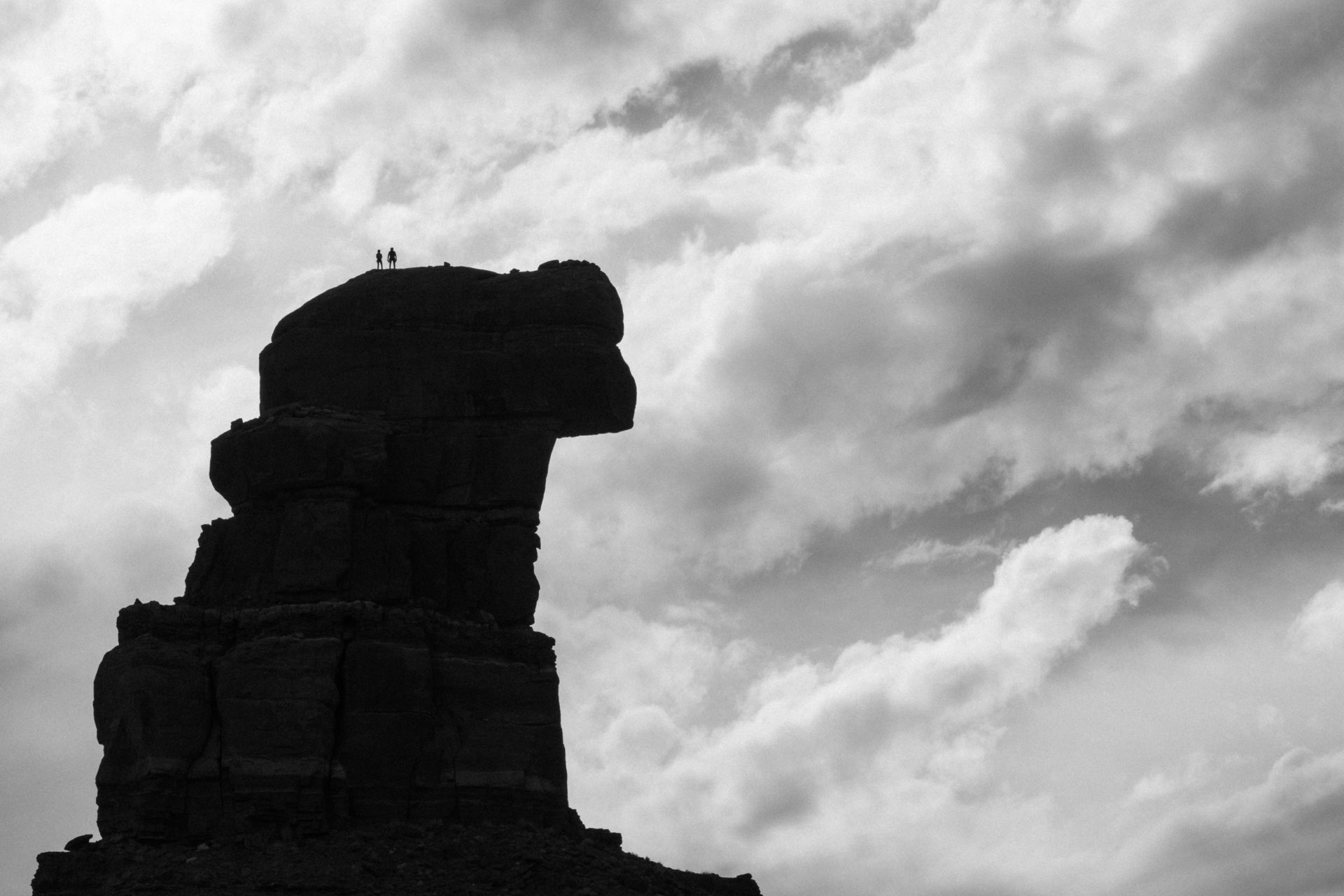 I was reading a book when I heard voices, faint and small in the distance.  I looked up at the giant sandstone monolith who’s shadow I was sitting in and saw two tiny little humans beginning to scale the rock face.  Not 30 minutes prior had the same couple walked past our camp with large backpacks in tow.  An hour later they were standing on top of Rooster Butte.  From my perspective they looked the size of toothpicks.  To them, I probably looked like an ant.  I can only imagine how much of Utah and Arizona and Colorado they must have seen from up there, we’re not far from the Four Corners after all.

Another hour later they walked back past camp towards their cars and drove away.  I am endlessly fascinated by what humans are capable of.