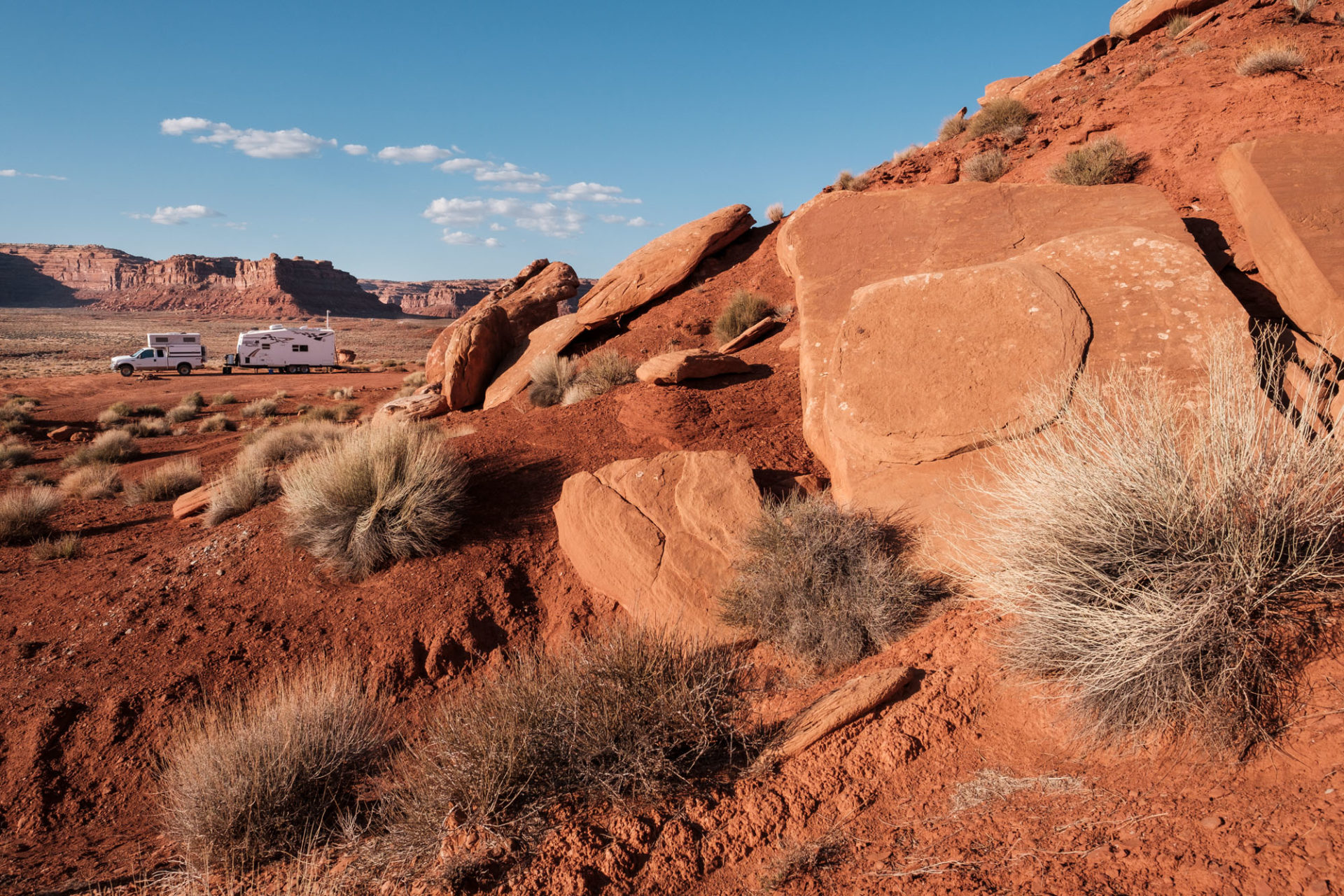 Eastern Utah.  It’s a desert utopia for Coloradans that are sick of the snow.  When we got our truck camper 9 years ago, it became a given that March and April were the time to leave the mountains for a Utah getaway.  Moab, Comb Ridge, Valley of the Gods, Lake Powell, Capitol Reef, the destinations for campers are endless.  Each a vast playground with endless opportunities for exploration, solitude and adventure.  During the two years we lived in Idaho, I would long for Southern Utah.  I ached a little whenever I thought about it, not sure when we would ever return.

Two days ago we returned to Valley of the Gods, in Southern Utah, for the first time in five years.  It took some time to sink in.  We’d made it back to one of our favorite places on earth.  I was worried it wouldn’t be the same, having become “Instagram Famous”.  I should know better, nothing ever stays the same.  But, to my delight, it’s just as good as it’s ever been.  Sure there are more people but the mornings and evenings are still the most silent and serene I’ve ever experienced.  The night sky is as dark as anywhere I’ve ever been.  The way the red rock buttes transform in color and texture throughout the day as the sun bathes them from every angle is as breathtaking as it’s always been.

I am so thrilled to be back in this place that we both love so much.  And I think it is truly remarkable that we live in a world where we can park our house-on-wheels in such a place and call it home for the next two weeks.  What a dream.